The V4 countries are committed to EU integration and its achievements, but a strong EU needs to be built on strong Member States, emphasised His Excellency Ambassador Kristóf Szalay-Bobrovniczky at a panel discussion organised by King’s College London Diplomatic Society. The event on 5th December 2016 brought together the four Visegrád ambassadors for an exchange of views with the audience on the future of the EU after Brexit.

The strength of the EU lies in being “united in diversity”, which includes preserving national and cultural identities as well – we do not need “more” or “less” Europe, but a “better” Europe, the Ambassador underlined. The four ambassadors stressed that there are no official positions on Brexit, since negotiations haven’t started yet, but all referred to the importance of preserving strong bilateral and multilateral ties with the UK. Ambassador Szalay-Bobrovniczky added, that we do not need a hard or soft, but rather a fair Brexit. 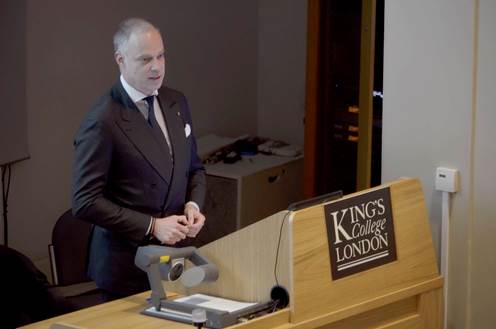