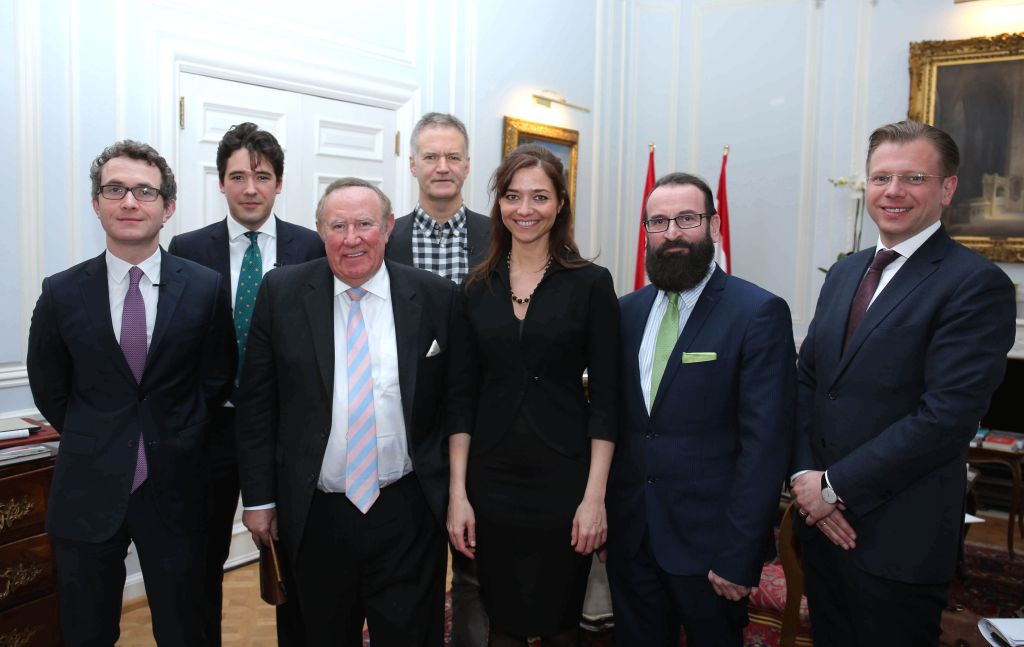 The Hungarian Embassy hosted the conference of Századvég Foundation and The Spectator organised to discuss the 2018 results of the ’Where is Europe heading?” Project 28 opinion poll of perspectives on the EU, migration, terrorism and globalization.

The master of ceremony was Andrew Neil, renowned British media personality, who praised the research as an important annual indicator of global and European tendencies. Zsolt Barthel-Rúzsa, the Chairman of the Századvég Foundation introducing the 2018 Project 28 called attention to the fact that a certain gloom has taken over in Western European countries concerning future prospects, while Central European countries still retain their sense of optimism. The research has shown that this pessimism is also correlated to negative attitudes concerning the consequences of high level of immigration. The keynote speech was given by József Szájer, Vice Chairman of the EPP in the European Parliament, who pointed out that according to the findings, the population of the EU lost their confidence in their ability to influence their leaders. To build confidence again between the citizens and the elite, ideas connected to national identity and national sovereignty must take central role again in decision making processes.

In the panel discussion Douglas Murray, the assistant editor of The Spectator and author of The Strange Death of Europe, warned that EU leaders seemingly refuse to pay attention to the wishes of the voters, who do not agree with the notion that Europe is for everyone in the world who wants to live there. The question the European voters keep on asking is, if Europe is for everyone, as the elite is trying to argue with inconsistent arguments (refugee crisis, labor shortage, etc), then where is the home for Europeans?

David Goodhart, the researcher of the Policy Exchange think tank and author of The Road to Somewhere explained the results of the opinion poll with unfavourable consequences of globalisation on social-economic tendencies and the chasm between the elite profiting from globalisation and those groups who are suffering from its outcomes. He expressed his opinion that a successful Brexit, meaning a United Kingdom outside of the EU, which cooperates both with the Union and other countries, might be regarded as a good model for the future.

Henry Newman, the director of Open Europe think tank warned that the elite in the EU27 didn’t engage in any introspection after the Brexit vote. The population still hasn’t regained its confidence in their leaders after the economic crisis, which is now under strain again due to a lack of internal security caused by terrorism and therefore decisive actions are expected from political leaders in these areas.

The 2018 results of the opinion poll are available at: project28.eu