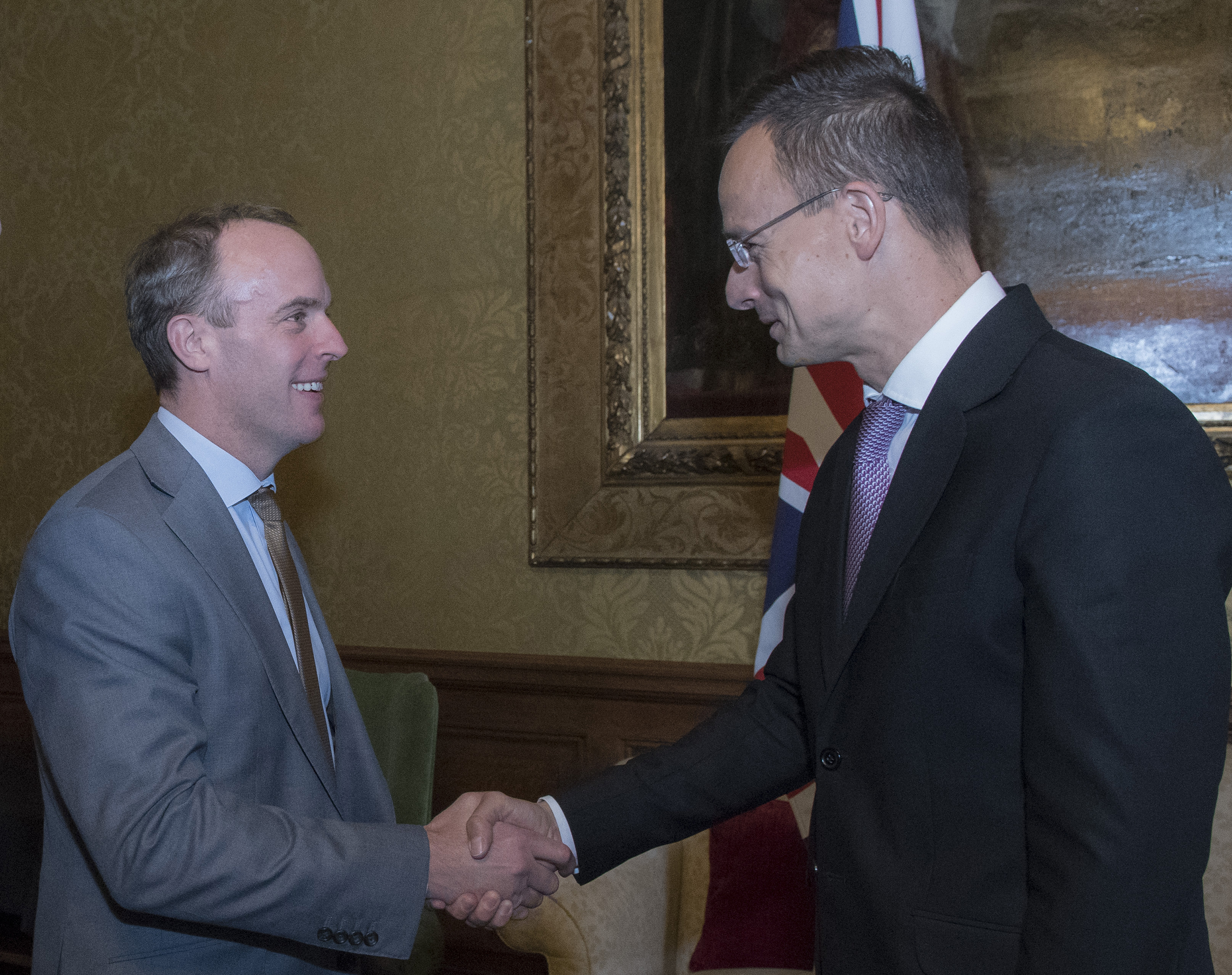 Minister of Foreign Affairs and Trade Péter Szijjártó arrived in London for an official visit on 3 October 2019. He met his counterpart, Foreign Secretary Dominic Raab and highlighted shared priorities and possible venues for cooperation including the mutual priority of helping persecuted Christians worldwide. They emphasized that relations between Hungary and the UK should be unharmed by Brexit. During the meeting with Minister Szijjártó, Chancellor of the Duchy of Lancaster Michael Gove shared details of UK’s preparation for all Brexit scenarios. Continuing his visit Minister Szijjártó discussed with Secretary of State Steve Barclay details of the current state of the Brexit negotiations with special attention to the rights of Hungarian citizens in the UK and UK citizens in Hungary.

The Minister also gave a speech at a business forum at the Embassy to talk about investment opportunities and prospects in Hungary with representatives of the British business community. Moreover, he also met several business leaders investing in Hungary discussing their experiences. Father János Csicsó of the Association of Roman Catholic Hungarians in Great Britain briefed the Minister about his parish and the Hungarian community living in UK. Minister Szijjártó also gave an interview to BBC2 Newsnight’s Kirsty Wark covering Brexit negotiations and Hungarian foreign policy priorities.