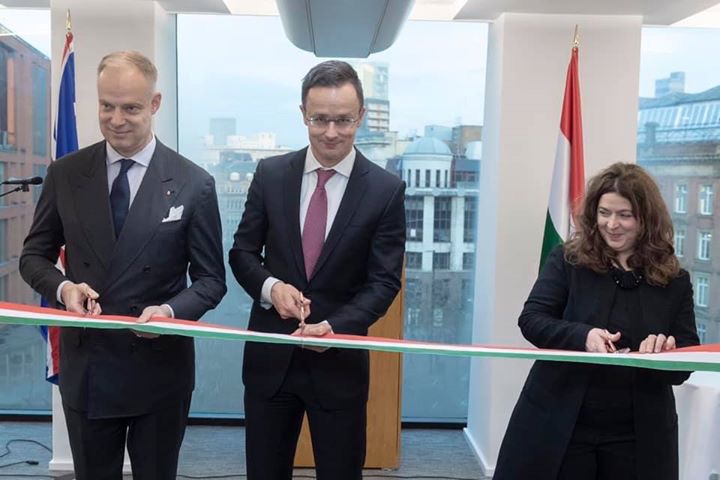 Besides opening the diplomatic representations Minister of Foreign Affairs and Trade Péter Szijjártó also had talks with politicians and business actors.

Minister of Foreign Affairs and Trade Péter Szijjártó inaugurated the Consulate General in Manchester and the Vice-Consulate in Edinburgh during his visit in the United Kingdom on 13 December 2018. He also met Lord Mayor of Manchester June Hitchen and the Lord Provost of Edinburgh Frank Ross. He also held talks with Fiona Hyslop Cabinet Secretary for External Affairs at the Scottish Parliament. He met the directors of Jaguar Land Rover in Gaydon to review the developments relating to the establishment of the company’s engineering development centre in Budapest. Minister Szijjártó during his visit presented the Officer’s Cross of the Hungarian Order of Merit to former Honorary Consul  in Liverpool András Zsigmond in recognition of his work over the past 25 years with Hungarian citizens living in Northern England.